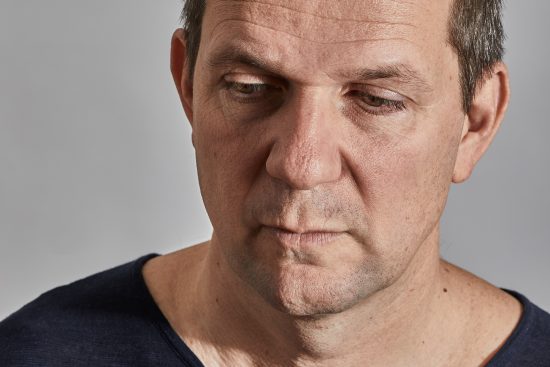 Alessandro Bosetti. Composer and sound artist with a particular interest in the musicality of language and in the voice, conceived as an autonomous object and an instrument of expression. His works enacts a dialogue between language, voice and sound within complex tonal and formal constructions, often crossed by oblique irony. He builds surprising devices, often linked to the radio medium and to a tireless reflection on the relationships between music and language, questioning aesthetic categories and listening postures.

The music-theatre piece « Journal de Bord » (2019) and the radio piece « Guryong » (2016) explore autobiography and portrait in sound; voice-portrait is also at the center of the next music-theater work « Portraits des Voix », the premiere of which is scheduled for 2020 at the Festival Les Musiques in Marseille.

He has been awarded several prizes and distinctions, notably for his work in radio art (Prix Palma Ars Acoustica 2015, Prix Phonurgia Nova 2013, Prix Hörspiel – La Muse en Circuit 2003, Hörspiel des Monats ARD 2015). In 2019, he was nominated for the Bernard Heidsieck Prize in Paris and his works have been repeatedly on the Prix Italia shortlist.

His work has been shown in reference venues such as the GRM / Présences Electronique festival in Paris, Roulette and The Stone in New York, Café OTO in London, the Liquid Architecture Festival in Melbourne and Sydney, the Serralves Museum in Porto and the San Francisco Electronic Music Festival.

The music of Alessandro Bosetti is the subject of publications (CD, LP) on labels such as Errant Bodies Press, Holidays Records, Rossbin, Sedimental, Unsounds, Monotype, which dedicated a retrospective set (4 CDs) to his work in 2016.