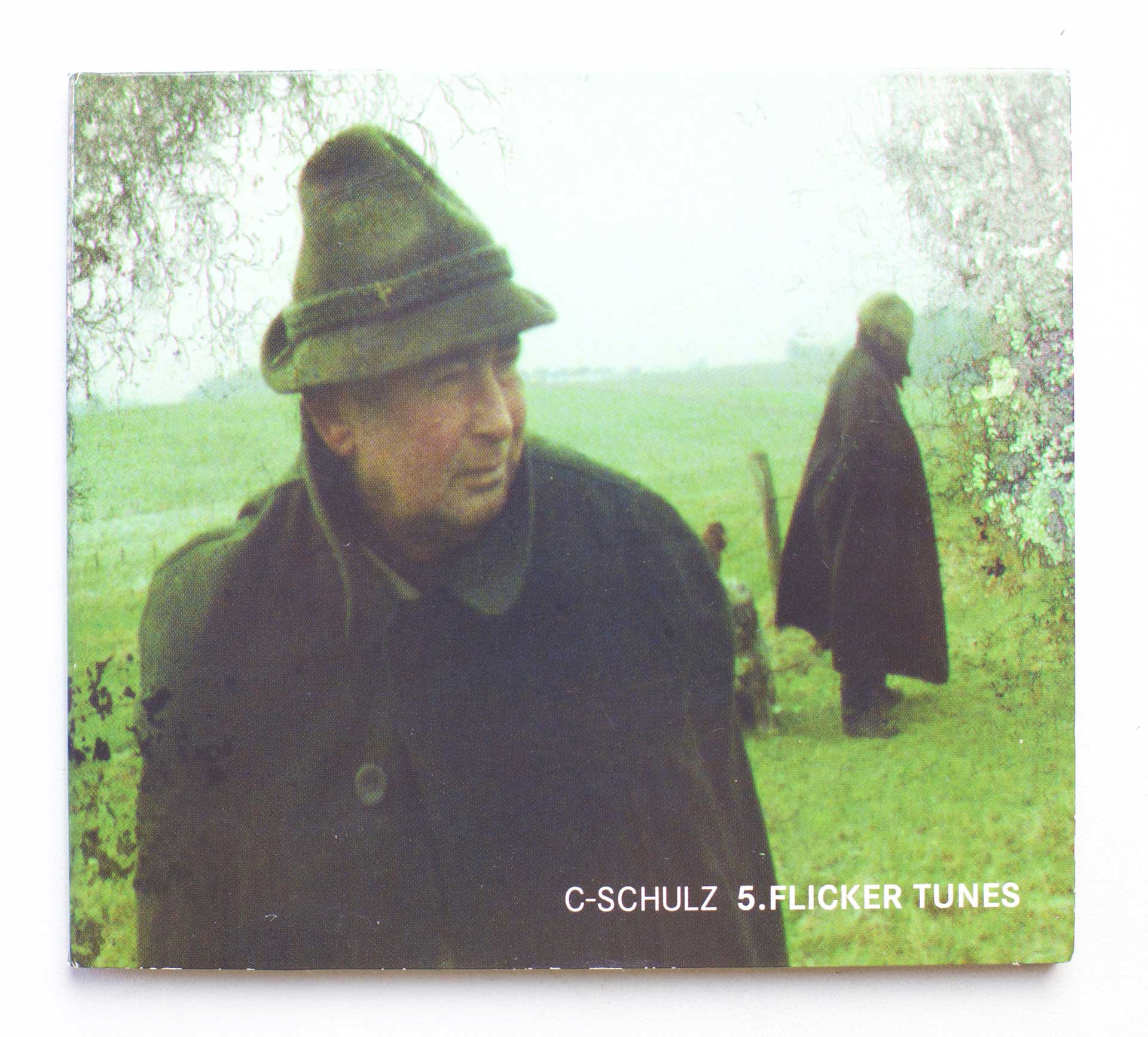 ‘C-Schulz’s 2005 solo outing 5. Flicker Tunes is on par with C-Schulz & Hajsch as far as economy of means and musical depth are concerned. The Cologne-based composer grants himself as well as his listeners the luxury of taking one’s time to embark on a journey through his ‘concrete’ sounds and expansive sonic planes. The result is that no matter how often you listen to 5. Flicker Tunes, it never sounds the same, nor does it ever wear out. To a worldwide circle of industrial and electronic fans, C-Schulz is a kind of cult figure. His work has always been detached from the general trends in electronic music (most of which have been hyped to death) and thus it has never lost any of it’s freshness over the years. On the contrary: far off from any mainstream and the compulsion to be modern, C-Schulz continues working on and expanding his own musical cosmos.’ Sonig. 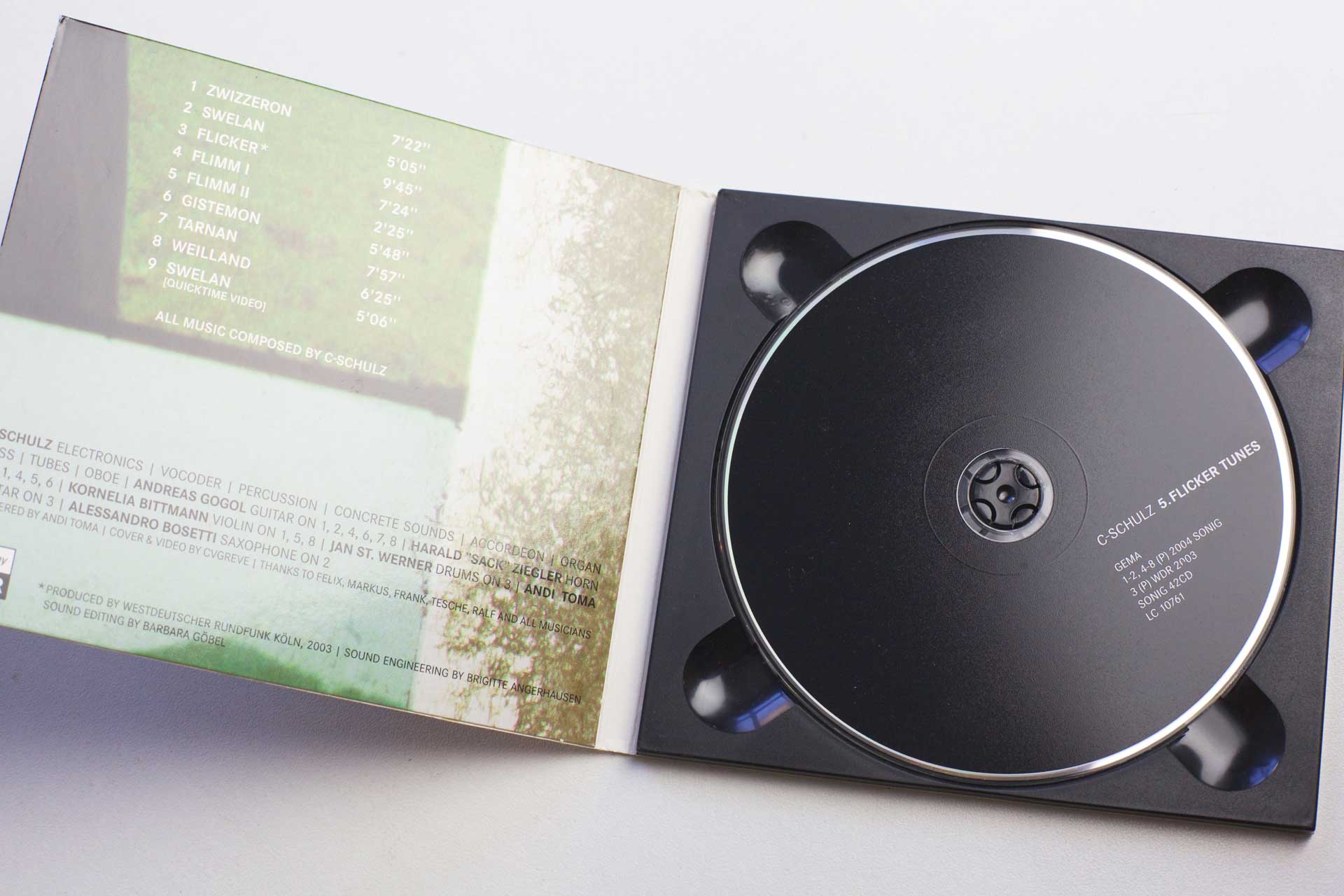