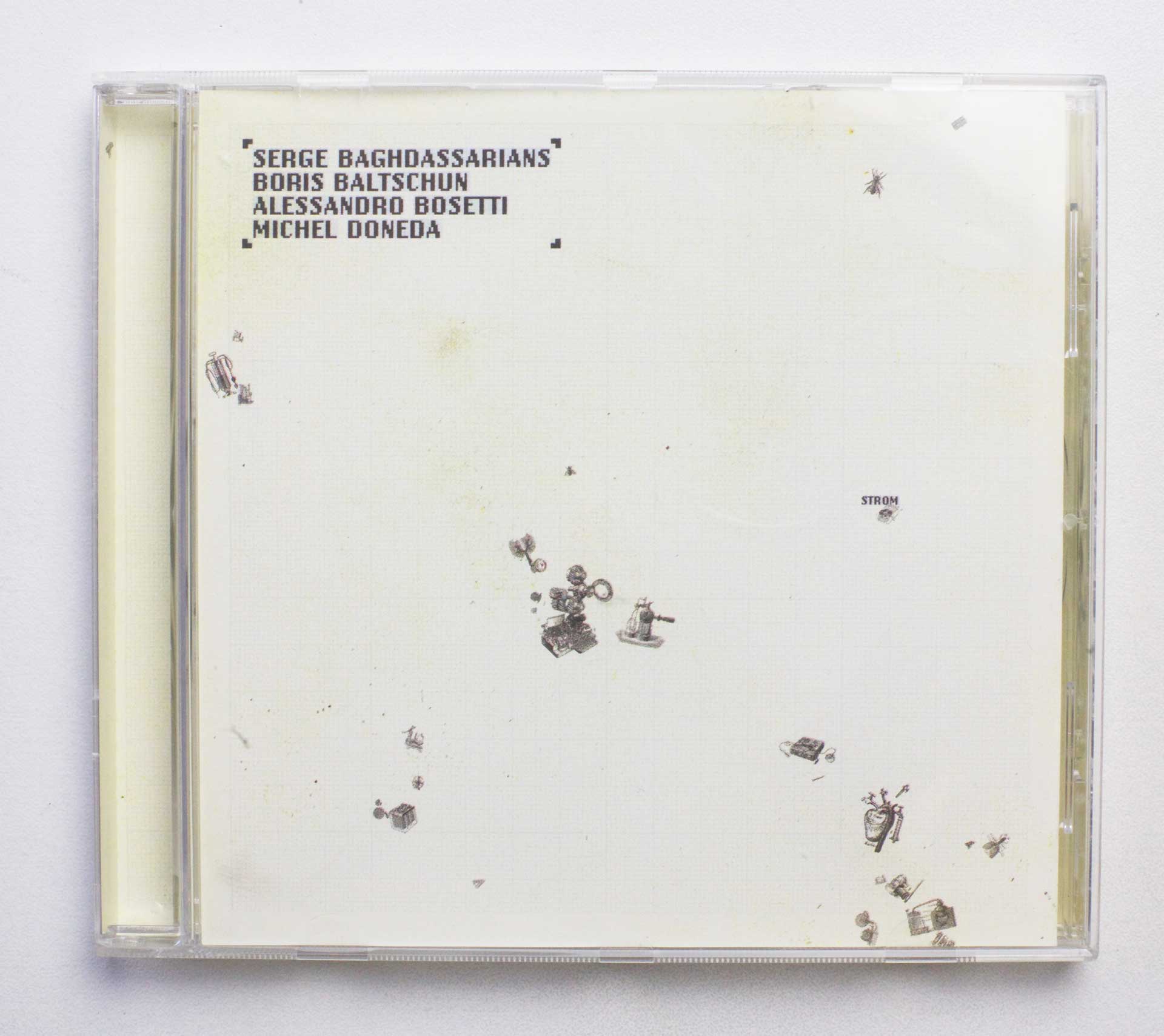 « Reed player Michel Doneda joins three Berlin-based musicians for a set of six improvisations that manages to erase any borders between ascetic, micro-textured electronics and the gestural, sonic extremes of extended reed playing. Doneda and Alessandro Bosetti along with Bhob Rainey explored the outer reaches of reed interactions on their Potlatch release Placés dans l’air. Here Baghdassarians’ « guitar and mixing desk » and Baltschun’s sampler add variegated grit to the two reed players’ sputters of breath, whispered shards of harmonics, and patter of keypads.

Baghdassarians and Baltschun have honed their improvisational strategies with musicians like Axel Dorner, Günter Christmann, and Burkhard Beins and their elements of guitar and electronics manifest themselves as subtle stabs of sine waves, percussive overtones, and crackling hiss; with no recognizable sign of strings or readily identifiable sampIes to be heard. What grips the listener here is how the four mesh these timbres, textures, and abstracted vocabulary into an organically unified whole. With concentrated effort, one can begin to deconstruct the various voices. But it is their interconnected collective interactions that make the deepest impression. Keith Rowe often talks about the influence of string quartet music on his work and the spontaneous structures these four create elicit that type of variegated layering. While the six improvisations each work as autonomous statements; together they develop a dramatic arc, juxtaposing quiet whispers, harsh skirling shreds, and darkly resonating rumbles and roars that end the set. »-Michael Rosenstein 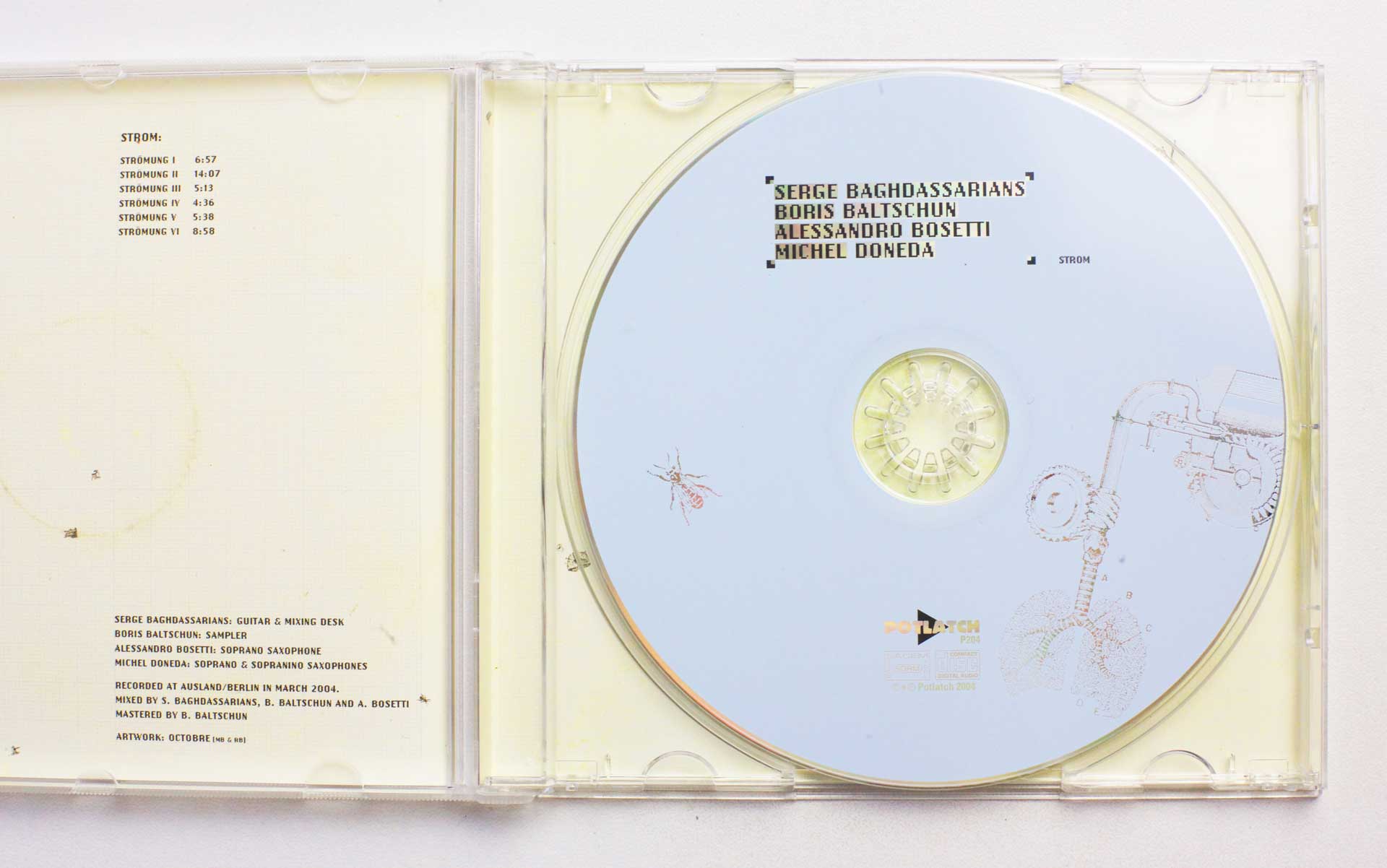