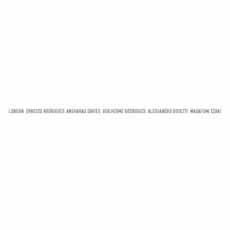 Skipping ahead a few years to 2005, tp the extent this could be considered representative (a dubious assertion, perhaps), one hears large strides having been made. No doubt some of this is due to his compadres here: aside from son Guilherme (cello), there are Angharad Davies (viola), Alessandro Bossetti (soprano saxophone and Masafumi Ezaki (trumpet), forming an attractive strings/winds quintet. It has its scratchy and overcrowded moments, to be sure, but there’s a far greater sense of space, of sounds unfurling. They get into a very nice, sandpapery drone area about midway through, the pops of the strings contributing an especially fine layer. At about 33 minutes, it also lasts for just the right duration–a good recording all around. »-Brian Olewnick, Just Outside

Recorded live at The Splitz on 29th November 2005, as part of The Atlantic Waves Festival.

Special thanks to Miguel Santos and The Calouste Gulbenkian Foundation in London.