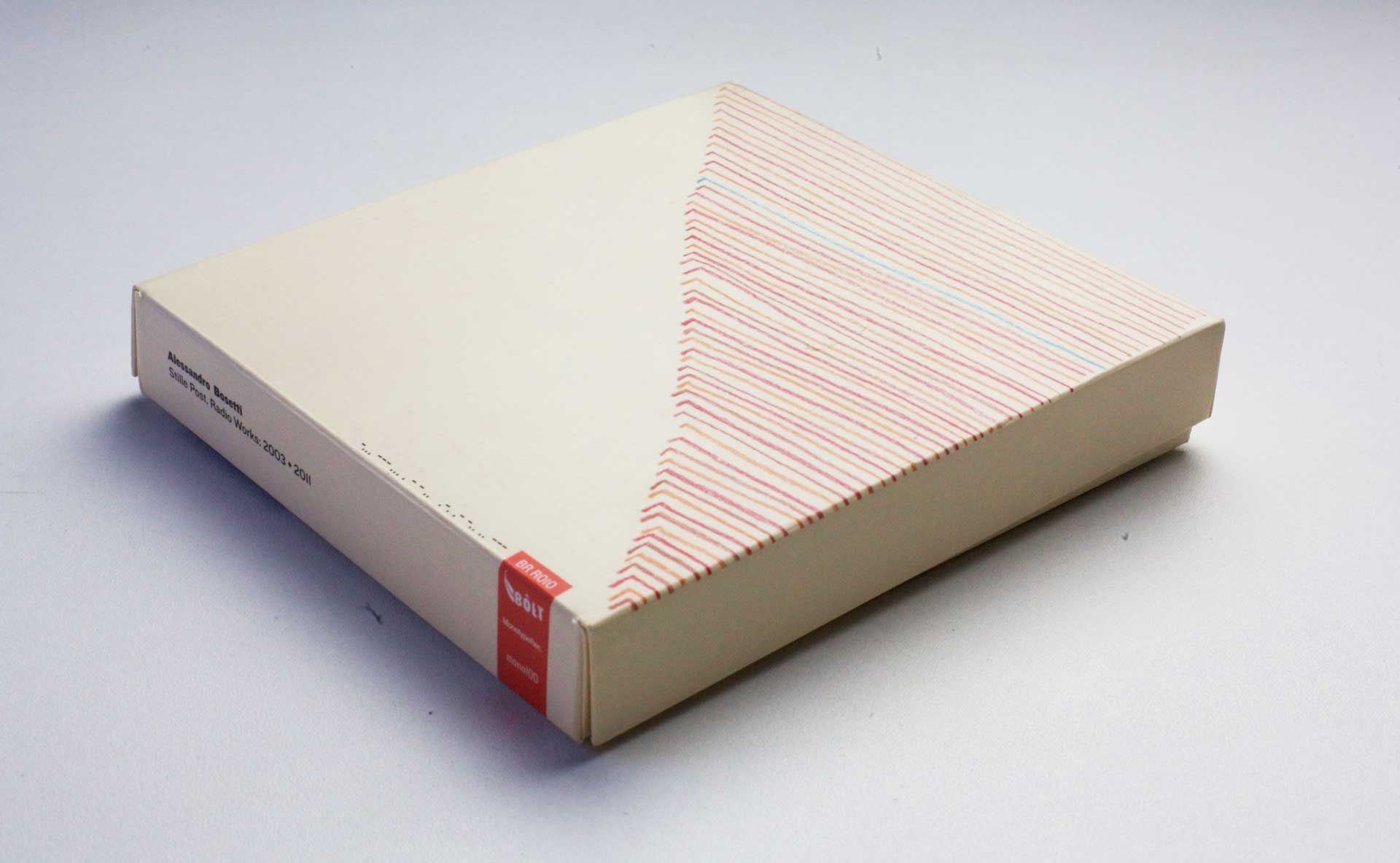 Outstanding 4xBOX with 36-pages booklet that includes the bulk of Alessandro Bosetti compositional work of over a decade in which “I found shelter in the simultaneous intimacy and distance of radio. I feel happy, thrilled and relieved to be able to share those five pieces wich form a coherent unity and trace a personal itinerary while making use of translations, misunderstandings, travels, microphones, headphones and sonorous telephone games as creative tools.”  It includes five radio compositions: Arcoparlante (Deutschlandradio Kultur 2009), Gesualdo Translations (Deutschland Radio Kultur, 2007) , A Collection of Smiles (WDR Studio Akustische Kunst, 2011), The Whistling Republic (WDR Studio Akustische Kunst, 2003) and Campanas (Islas Resonantes, 2008). The booklet includes four essays by Gregory Whitehead, Ksenija Stefanovic and Alessandro Bosetti.
“Bosetti gives himself up to the entropy of sound, music, voice, self and situation. He allows himself (while inviting us) to become lost, bewildered, disoriented. He wants to sing his own special song, and yet that song turns out to be a song of disappearance and dissolution. He sings through complex echo chambers and infinity mirrors, reflections of bodies and voices and “rules”, sometimes weaving, other times colliding, navigation by dead reckoning, and sheer intuition” Gregory Whitehead