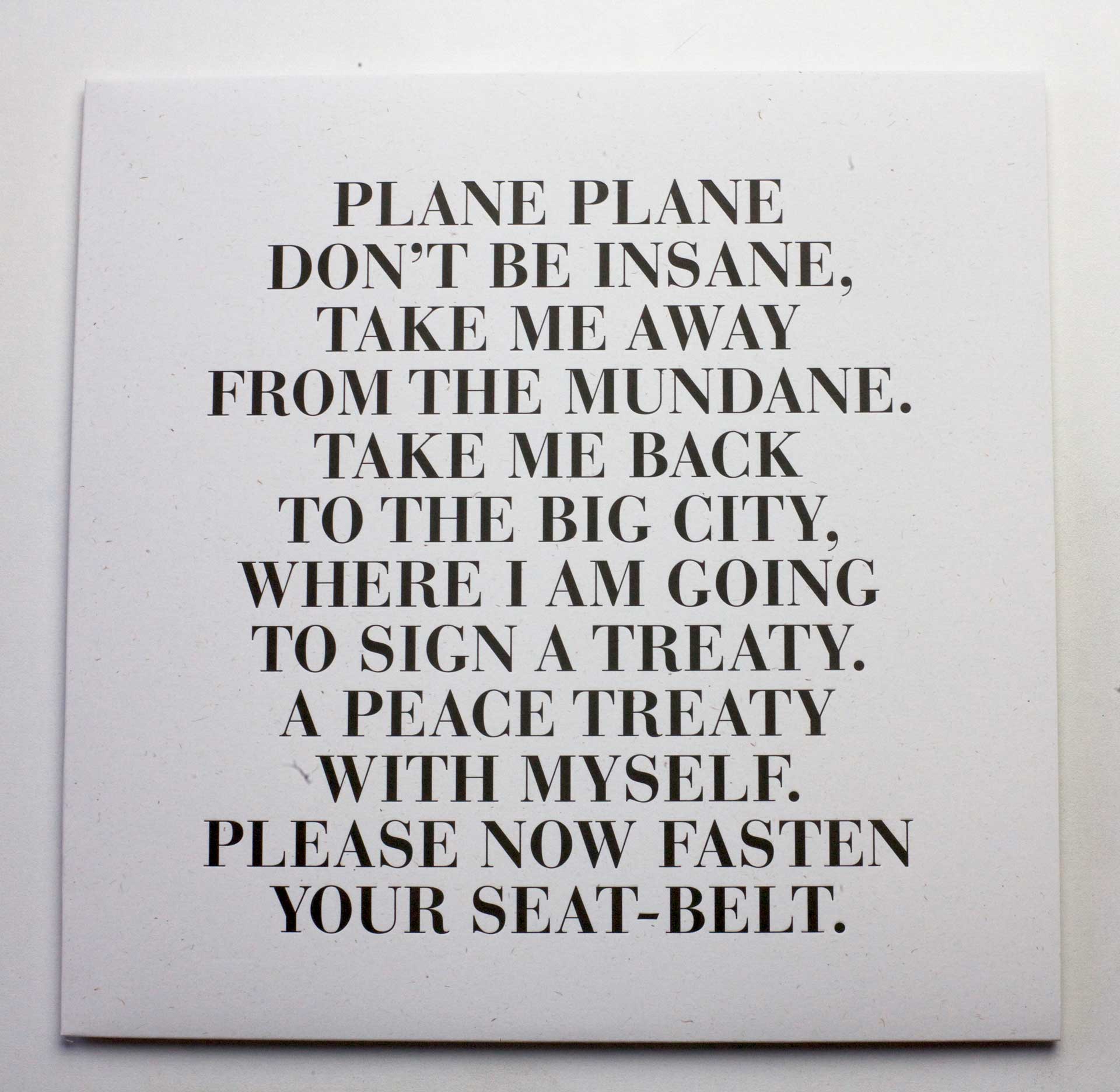 The cycle of compositions collected under the title Plane/Talea reflects my interest in vocal polyphonic music. They envision an “impossible choir” constructed through the sampling of thousands of fragments and pieces of voices, my own and those of others, and their recomposition into polyphonic garlands and textures. This cycle can be intended as the utopic sonification of an impossible community in which the voice is atomized into primary particles and later reconstituted into sonic masses and clouds. These are too dense and complex for a chorus of real human beings to sing. The music of Plane/Talea” is the sonic projection of such a community. The voice is not processed or altered in any way but subjected to molecular reorganization. Theoretically, a hyper-chorus could sing material of this type but, perhaps fortunately, such a choir does not yet exist. Up until now, in the process of creation of my vocal music, I’ve kept two poles and influences in balance: that of madrigalism in its late renaissance and contemporary incarnations and that of hyper-polyphony, which is close to spectral music. Though not ever having actually written in one or the other of these two styles, I’ve always felt this unresolvable and fertile tension in my work.” (Alessandro Bosetti)
Recorded, composed and mixed by Alessandro Bosetti at GMEM (Centre National de Création Musicale in Marseille). Additional recordings : Attila Faravelli at Spazio O’, Milano.
Mastering and cut : Rashad Becker at D&M, Berlin. 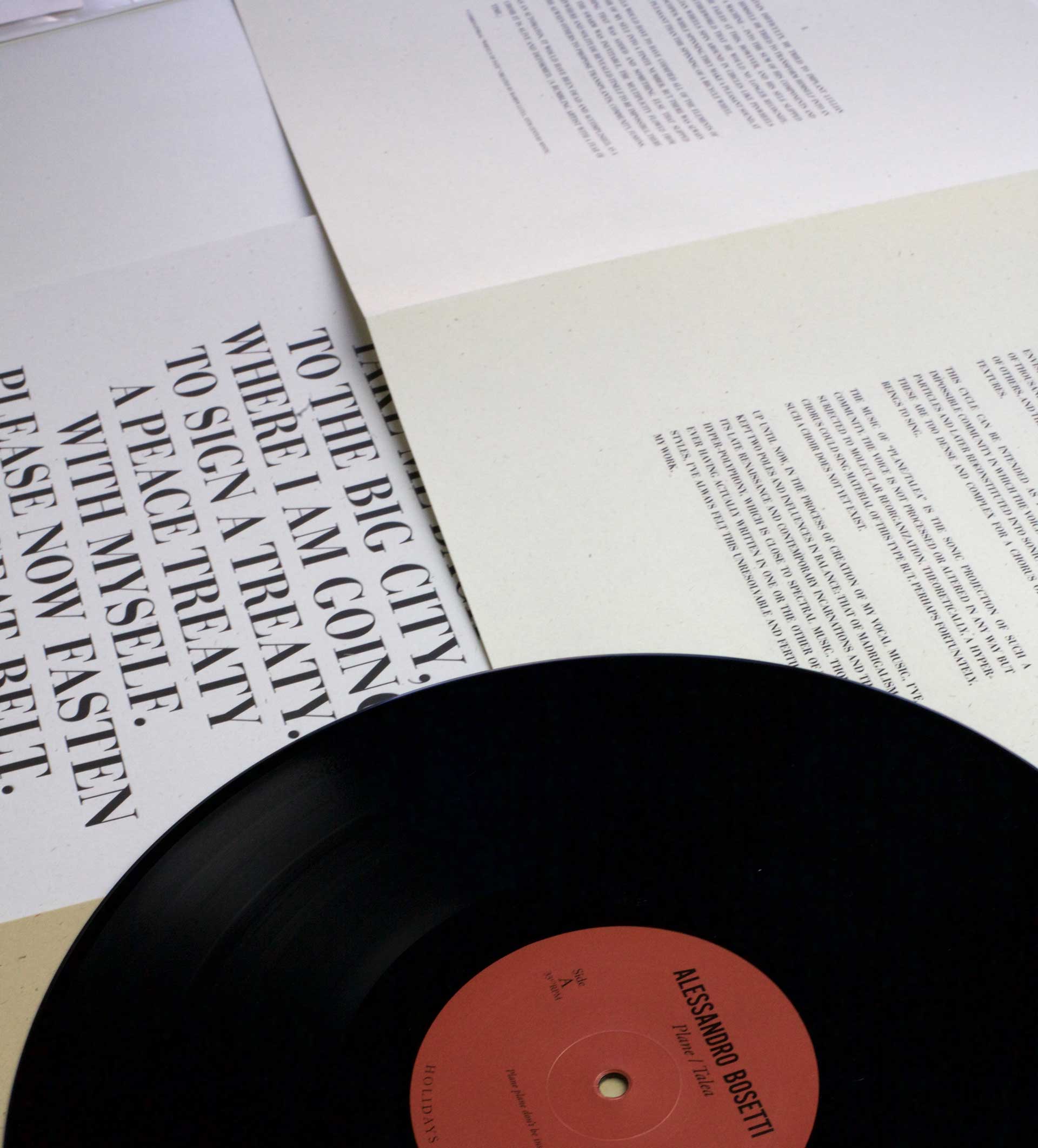