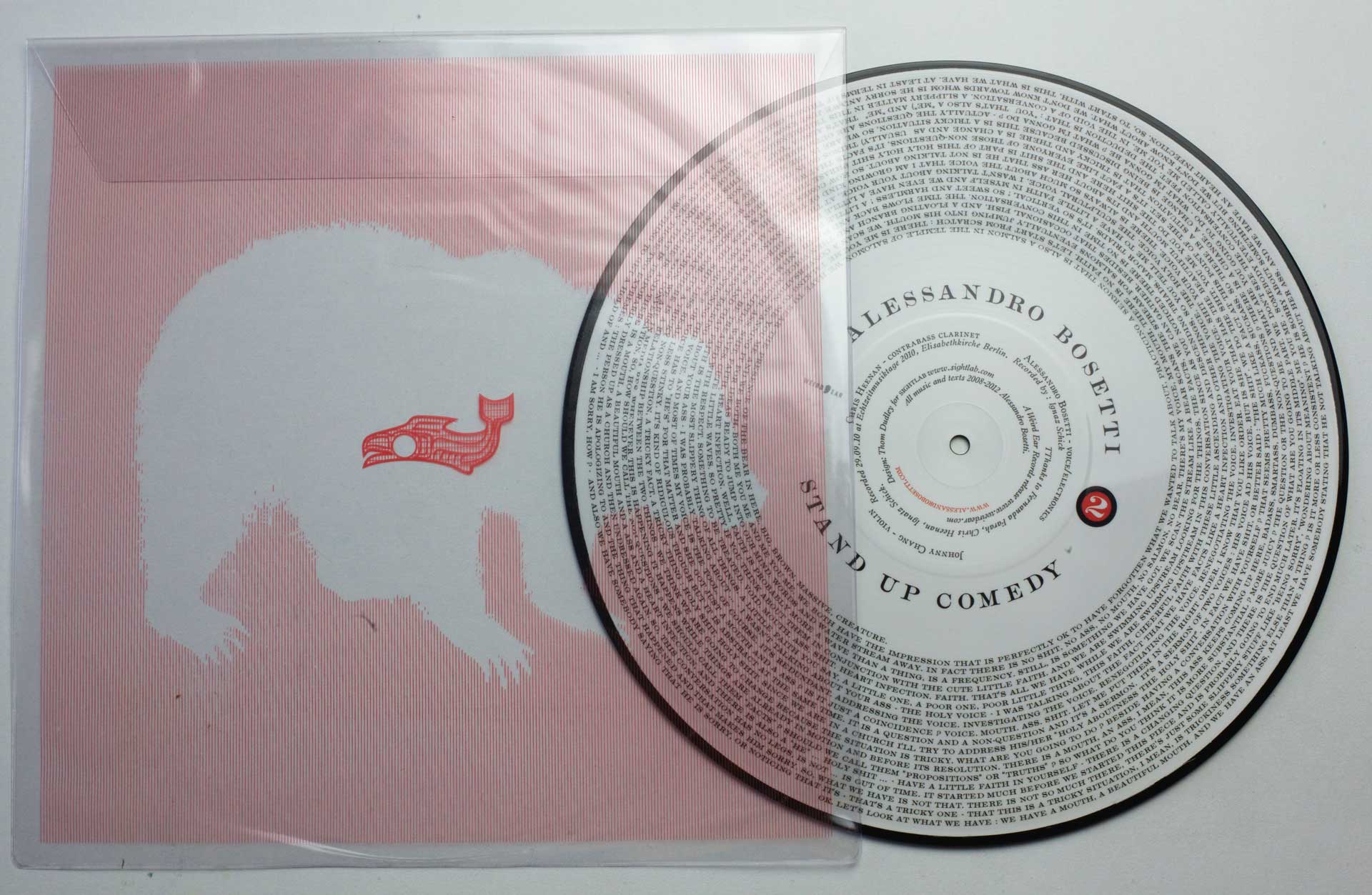 Alessandro Bosetti has been working with language for some time now, though his is a language shorn of context, a language of the cortex, a strain of cross-hatched anti narrative that intrigues by talking a tightrope between utter dream-speak, half-heard conversation, and the use of speech patterns as musical elements to be played as one would any other sound.

On these recordings, he utilizes an instrument of his own design (Mask/Mirror) to skew any intent to specific meaning asunder, as the mask/mirror has been engineered to chaotically interrupt and reconfigure speech in realtime, creating odd juxtapositions, abrupt interruptions, and a wholly arresting listening experience. As Mask/Mirror spits out phrases, isolated words, vocal tics, plosives, and the occasional guffaw, it convolves the starkness of that material in real time with bells, sine waves, percussive elements and other instrumental sound, effectively creating a tonal shadow that further blurs the divide between sound, speech, music and language. 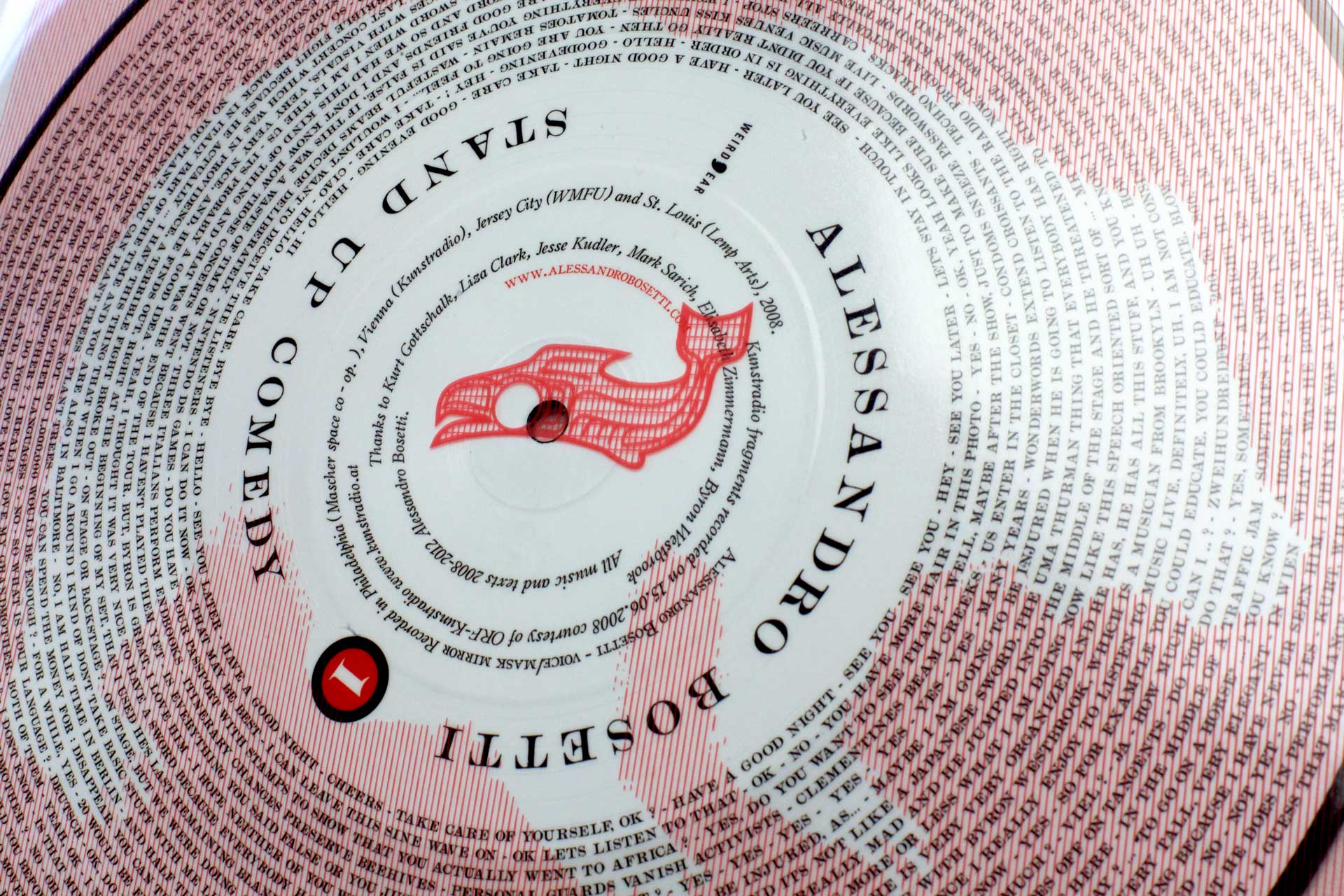 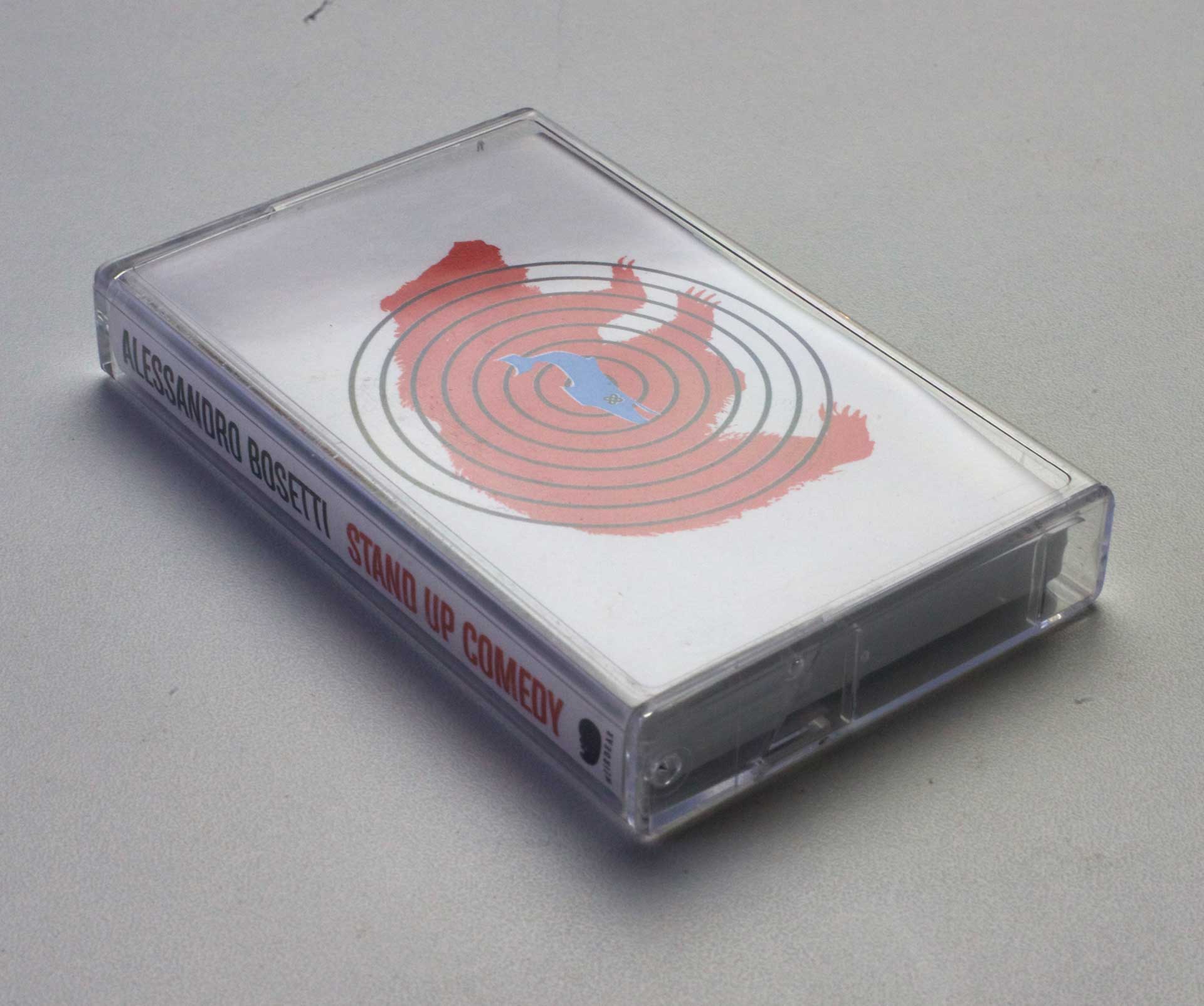 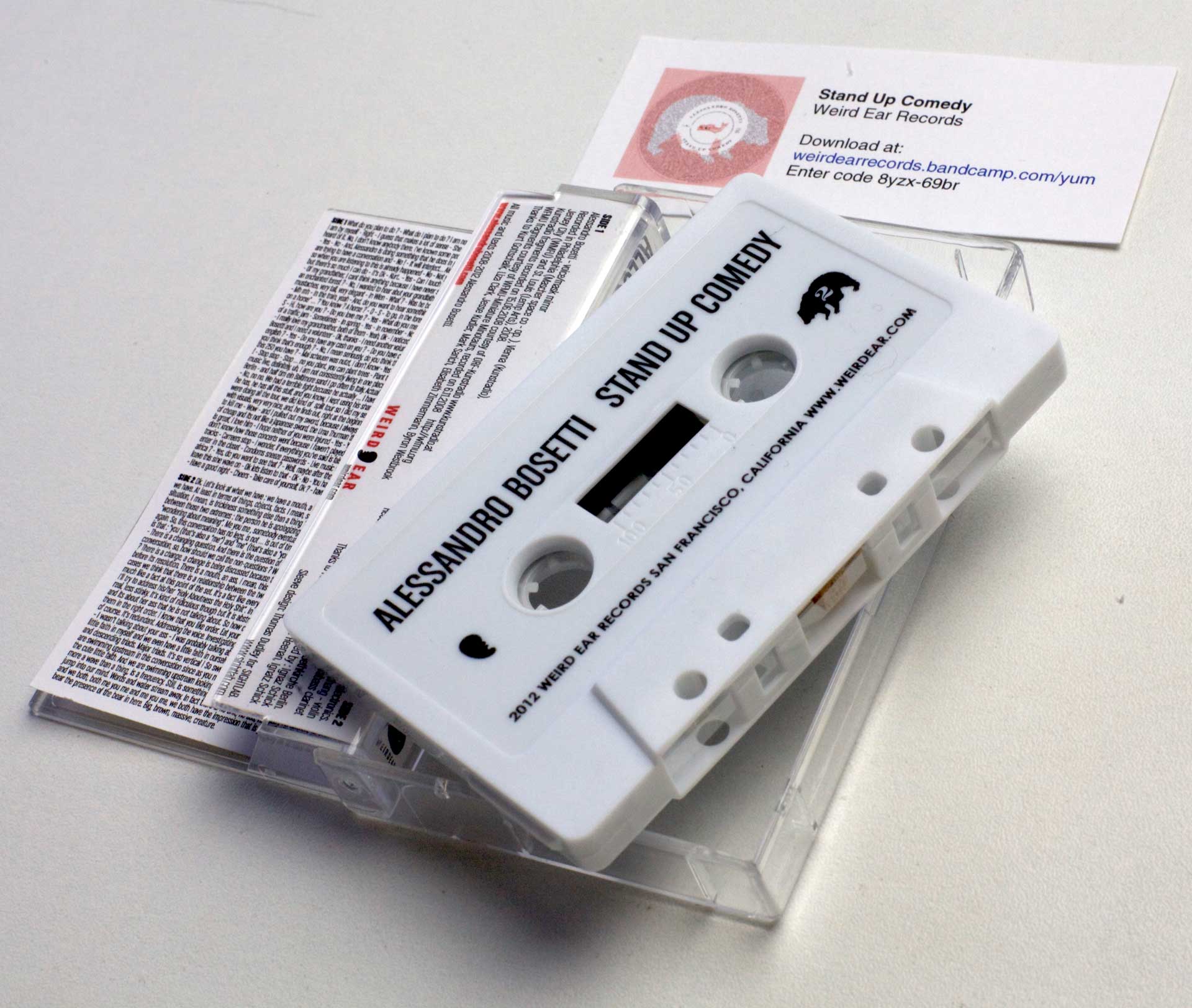 Side A of Stand Up Comedy is comprised of audio extrapolated from a tour of the US east coast in 2008. Portions of Bosetti’s performances including audience interactions, interviews, and phoned in conversations with Mask/Mirror, are woven together into a seamless whole, the overall structure mimicking the recursive and mutating phrasings that Mask/Mirror can tend towards. A rich cross section of people interact with and become part of Mask/Mirror, as it saves portions of speech for later use, effectively keeping the listener guessing as to what may ‘really’ be happening in any of these interactions.

Side B of Stand Up Comedy is a composition for voice/electronics, Violin, and Contrabass Clarinet. We hear a conversation between two anonymous speakers, transcribed and rerecorded in Bosetti’s voice, played back through Mask/Mirror, recombinant and exploded in it’s exploration of it’s initial themes. The instrumental parts have been transcribed to shadow the utterances and meanderings of the Mask/Mirrors winding lines, as Bosetti struggles to keep the sometimes darkly comedic themes in check, and simultaneously copes with the danger of letting his instrument speak freely in front of a live audience.

About the label/release:
This is the first release for Weird Ear Recordings, and we couldn’t think of a better initial release-as-mission-statement than Stand Up Comedy, as it sits in it’s own sound world, connected to many veins of experimental sound practices, but beholden to none. The LP in particular reflects our admiration and enjoyment of this work with a beautiful picture disc and semi-transparent sleeve design realized by Thomas at Sightlab: The full transcript of both pieces scrolls circularly around the vinyl itself, dizzying as it plays, and at rest in it’s sleeve, offsets an almost egyptian salmon, and an almost sumerian bear that reside over the cover, a reference to the last few elements at play in the tail end of Side B.