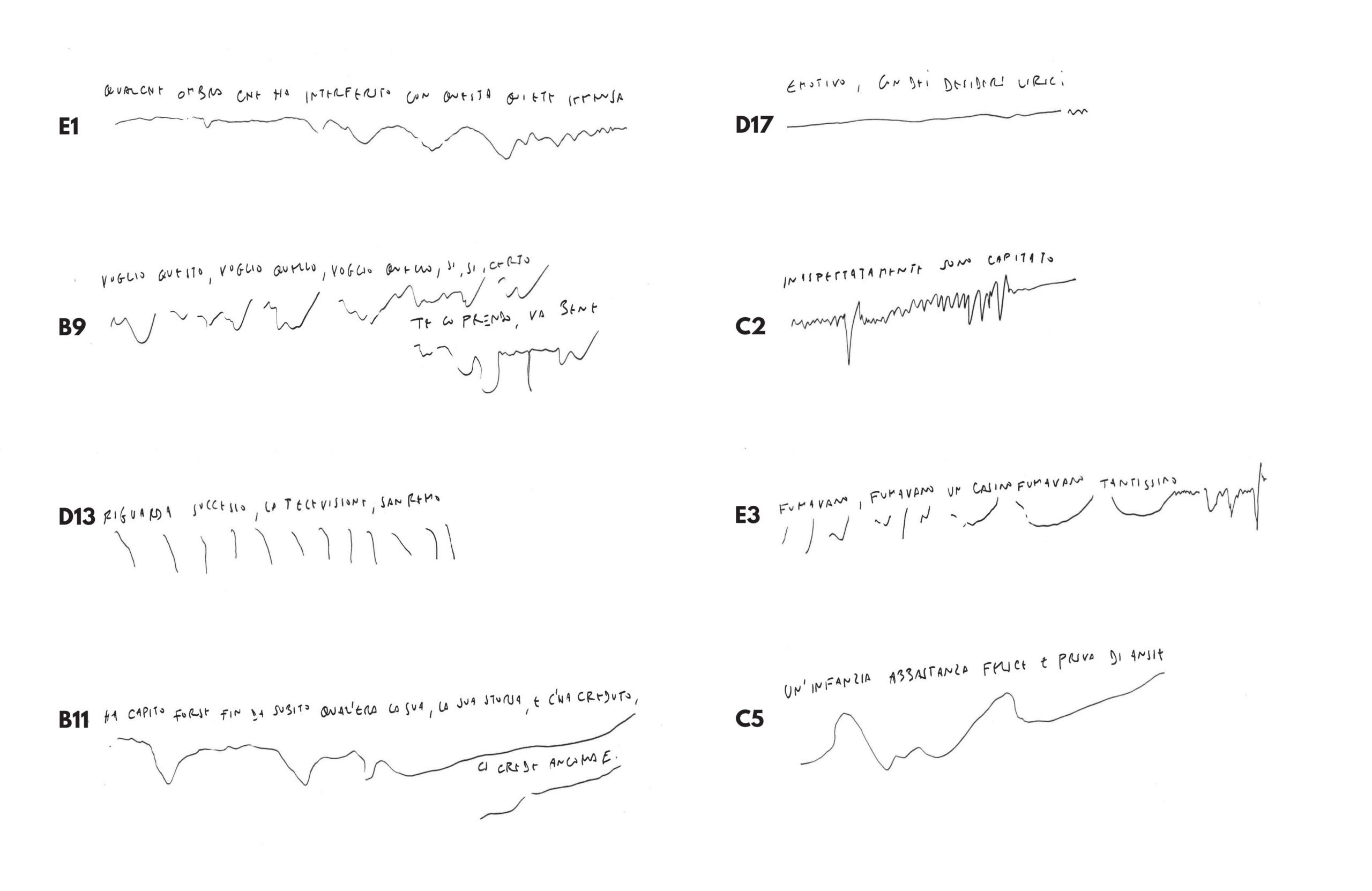 Realized in collaboration with Associazione Lemniscata, this artistic residence has allowed 5 young artists from Emilia-Romagna, interested in both research and contemporary cultured music, to participate in the realization of a musical production focused on the music of Alessandro Bosetti. During the residency, the musicians worked closely with the artist, together with the curator Riccardo La Foresta and the saxophonist Dan Kinzelman, involved as artistic collaborator.

Starting from a series of interviews with each of the musicians, Bosetti has created a score that recombines their biographical itineraries and at the same time confuses their double identity as narrators and instrumentalists. Fragments of lived life are detached from the main plots of each story that generated them to recombine with each other, creating an autonomous hyper-character and well beyond the sum of the individuals who compose it. Composed by musicians of different stylistic extraction, the ensemble was formed by two voices (Alessandro Bosetti and soprano Giulia Zaniboni), two guitarists (Glauco Salvo and Luca Perciballi) and two drums (Andrea Grillini and Simone Sferruzza).

Didone feels, suffers, loves and lives an intense relationship with music. Dido grows and develops, travels and returns to her footsteps. Dido rejoices in the strange ability to incorporate memories belonging to other people. Dido is at the same time herself and someone elese and always seems to want to undo her own identity.
Dido is a composite being, a trans-individual born from the recombination of fragments taken from life accounts provided by six musicians during skype conversations in July 2019.
The gender desinences, which are expressed in a feminine way in this text – assuming that Dido is a woman – can actually be interpreted at will.
Six of the eighty-five fragments have been set to music. Another seventy-nine go to compose a combinatorial poem that is intended to suggest a broader version of Dido’s biography.
What is striking is that Dido’s life, as told in such a poem, could have gone in many – but not infinite – other ways, as the fragments seem to be clustered together in a limited number of permutations. Dido is a completely analogical being and has nothing to do with artificial intelligence. Dido is able to understand and provoke its own beginning, in other words to shape itself, but at the same time it is not able to solve some small problems that appear along the way.

The composition was recorded and presented in concert form at the end of the residence, Sunday, September 22, 2019 at La Torre.

Created in Marseille and Modena,summer – autumn 2019.
Thanks and Riccardo La Foresta.