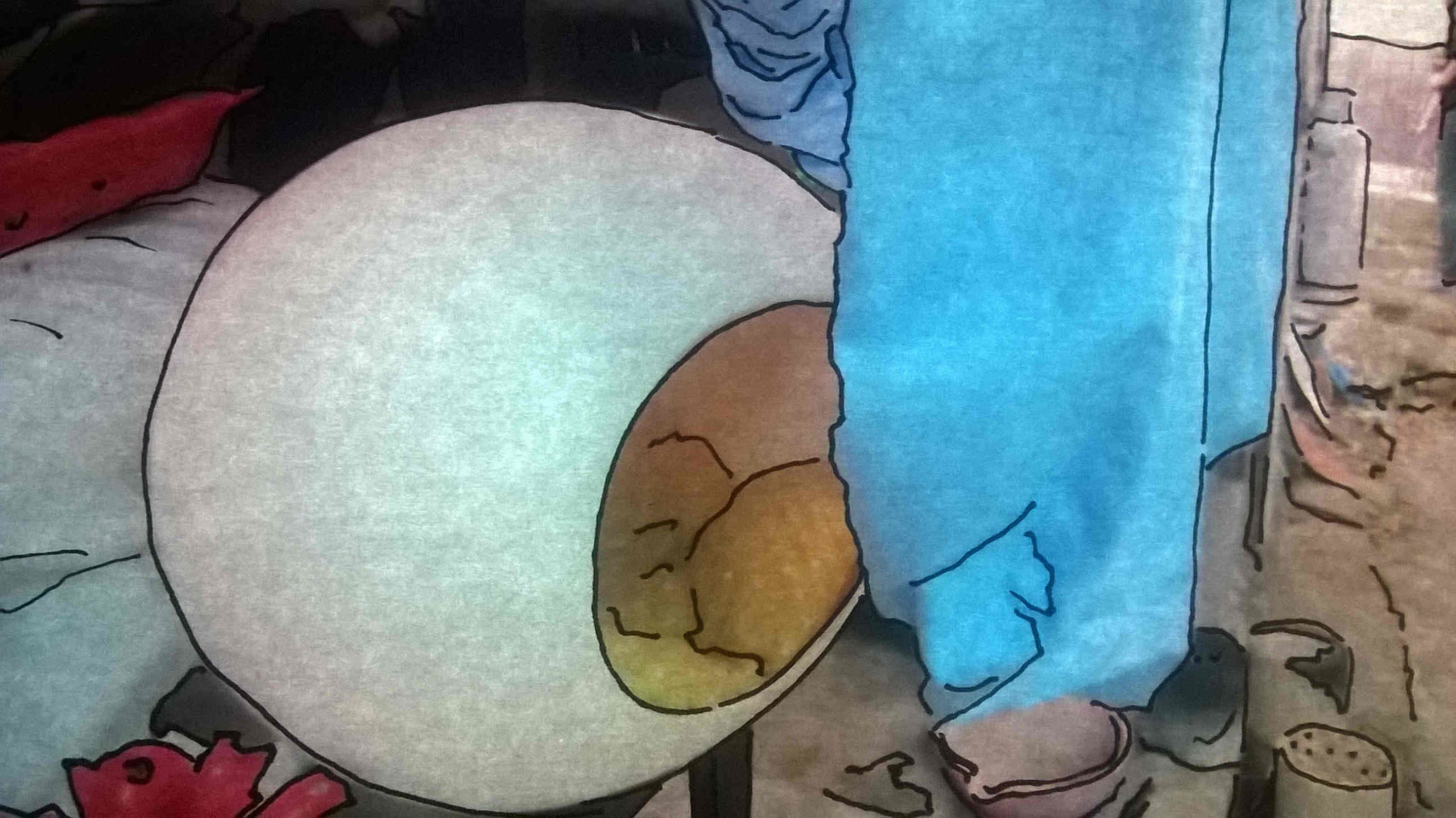 When Alessandro Bosetti first heard lady Bonosa speak, he fell in love with her language, the way she spoke, the pitch, the rhythm, the melodies within her words. Falling in love with particulars of speech is not usual for Alessandro, he is an Italian composer and sound artist who works primarily with the musicality of spoken language. Guryong—voice as trash was inspired by and mostly recorded in Guryong, shantytown on the edge of Seoul in South Korea also where Bonosa has lived for over ten years. Framed as an autobiographical narrative, the work is deeply influenced by the litter and debris Alessandro saw all over town. But instead of waste he saw potential and beauty, and so he turned his ears to discarded scraps of language and composed.

This piece is about Gruyong a shantytown in south Korea. It is both a sound sculpture of discarded materials, an autobiographical narrative and a sonorous account from a problematic reality. it tells the story of my meeting with Guruyong, and of the meeting with lady Bonosa’s which has lived there for over ten years and about the twists and turns in my personal life of that period. The piece takes inspiration from the discarded materials Guryong is made of, a huge and diverse assemblage of debris and waste. Every time I was there I felt that the trash wanted to tell me something. Once again my starting point is language even if in this piece I came to like the idea of a world without language or a world as our own – so full of stuff, products and waste – where language is just one object among many others we can use to build things, houses and pieces of art. Guryong Village is an illegal encampment in Seoul, South Korea, very close to the rich southside district of Gangnam from which it is separated by a six-lane motorway. It was first created in 1988 by people evicted from other low-income areas which have been demolished during the city’s rapid development. Around 3000 people, primarily impoverished elderly, came to this area as their last refuge and live in unsafe and make-shift constructions of plywood, felt and sheet metal. In 2013 and 2014 I visited Guryong several times accompanied by Okkyung, my partner at the time, a native of Daejong, South Korea. Our relationship was breaking apart but still we had decided to undertake together this trip to her country either as a way to reconcile or to find a proper way to say farewell to each other, we weren’t so sure ourselves.