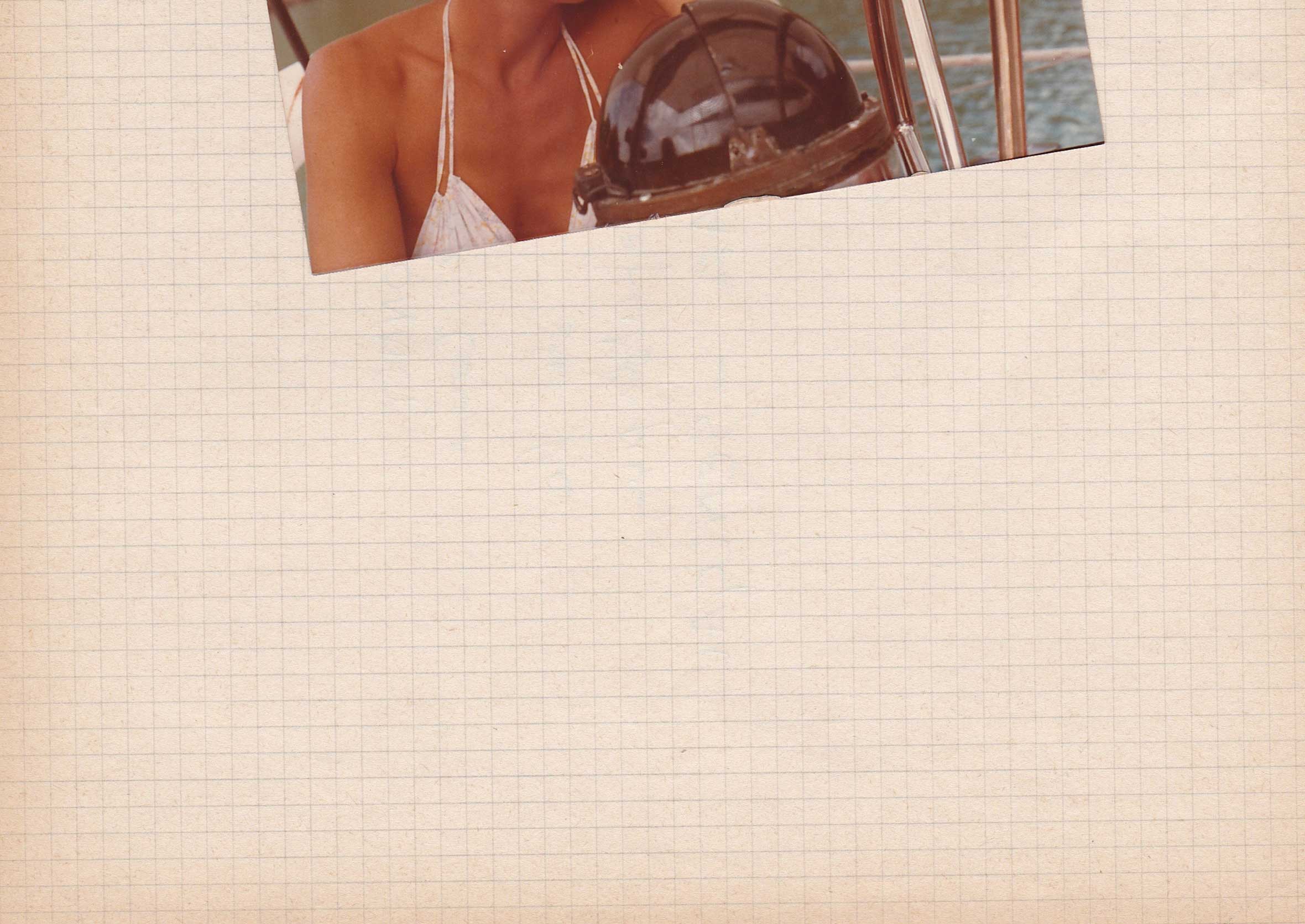 The voice of Alessandro Bosetti traces a lost segment of his childood.
He sings the journal written by his mother in 1978 during a sailing trip in the atlantic ocean which marks the beginning of her separation from her family and young children.
A vocal calligraphy that faithfully follows the mother’s voice in the form of a musical monodrama, also interpreted by three musicians on stage and illustraded by a realtime typographic projection.
A finely autobiographic piece delving into the intimacy and memory of the voice living leaving the audience touched and enchanted.

Composer and sound artist Alessandro Bosetti presents an autobiographical work re-enacting his mother’s journal from a 1978 sailing trip from Gibraltar to the Canary Islands. This trip marks the beginning of her separation from the family.
The handwritten journal is divided in twenty chapters – one for each day of the navigation – it tells of dolphins, sudden storms, fliying fishes, and turns at the helm.

The composer traces the itinerary of the journal with his own voice by tracking the edge between song and spoken language and choosing the form of a lyrical monodrama strongly inspired by asian theater and radiophonic fiction.

He creates a work of musical theater intimate and ambitious at once, which will be achieved between 2017 and 2018 accompanied by the executive production of the GMEM, Centre national de Création Musicale in Marseille.

On stage: a voice, two clarinets, guitar, percussions and real time electronics. The audience is guided throughout an immersive sensory jurney within the text illustrated by a singular typographic work. Such experience is at once a travel itinerary, a factory of memories, and a site specific multi-interpretation intertwined with a re-appropriated autobiographical account.

As the original journal is in italian , the projected text is translated and intended to guarantee complete comprehensibility of the narrative in other countries. A French version and an English version are planned from the start.

LANGUAGE
Italian, subtitled in French (or any other translation according to the language spoken on site)

PREMIERE:
DECEMBER 2018, at the Nouveau Théâtre de Montreuil, as part of the “Measure for Measure” festival