For bass clarinet and live and recorded voice. For Gareth Davis. 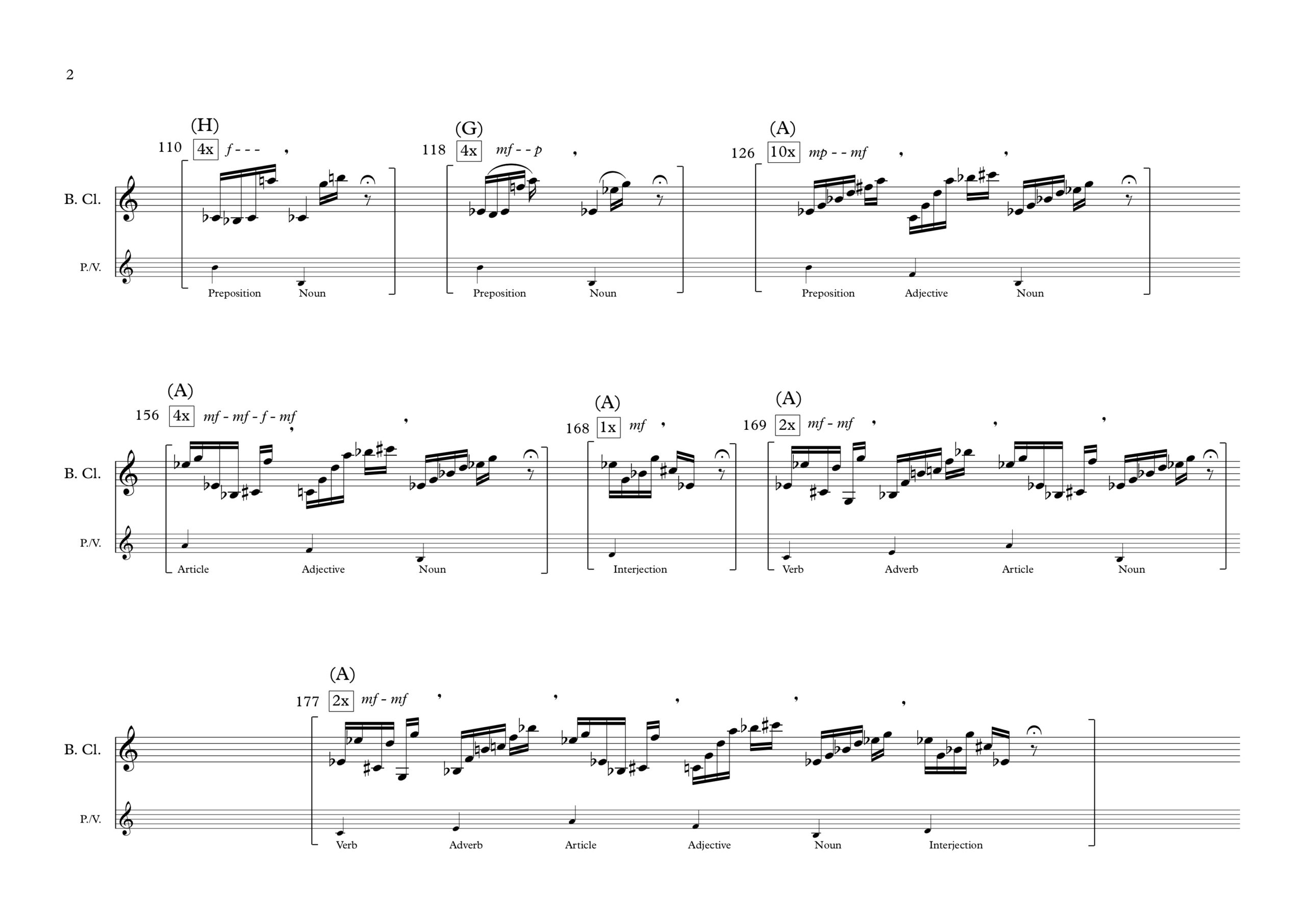 The jazz standard « These Foolish Things » contains a number of unrelated items all crammed together like in a lost and found depository.
Cigarettes with lipstick’s traces, airline tickets, tinkling pianos, painted swings, unanswered ringing telephones, candles, tables, silk sotckings, strawberries, ghosts, trains in empty stations, Greta Garbo and Bing Crosby fill thr lines of it’s meandering lyrics. In this radical re-wiriting of the piece there’s no apparent refefrence to the original music by Jack Strachey and the bass clarinet is invited to knit together a completely new (but syntactically coherent)recombined narrative at every performance.

While joining the ongoing series of revisited standards commisioned by Gareth Davis, Alessandro Bosetti continues an exploration of solo performances where particular instrumentalists have to negotiate in real time between their own voice (and personal identity) and the voice of their instruments. Eahc piece is as specific as a living portrait. Previous examples are in « Double » for the accordionist Vincent Lhermet et Wild Broadcasting in collaboration with flutist Anne Gillot.

Performance notes :
Technical needs and stage set up :
The piece has two components: live bass clarinet and a sequence of recorded voice fragments ( each one constituted by one word ) organised by a max/msp patch and triggered by the clari- netist through a pedal/foot-switch.
Pressing the foot-switch triggers recorded language sequences word by word. Such sequences have the same syntactic structure but different content at each performance.The ever changing content comes from a limited pool of words as it is always drawn from the These Foolish Things lexical universe.
(For example the structure “Noun-Conjunction-Adjective-Noun” could correspond to “Things and Foolish Ghost” as well as “You and little me”, or “Gold and strange hearts” and so on. )
The lower stave indicate when to hit the foot pedal and the corresponding syntactic function. There are eight syntactic functions in the piece : Nouns (Subjects or Objects),Verbs, Interjec- tions, Adjectives, Adverbs, Conjunctions, Articles and Prepositions and Determiners which are grouped together. The word pool for each one of these functions is taken exclusively from the complete These Foolish Things lyrics.
Each foot pedal strike is notated as a quarter note for convenience although this does not repre- sent the actual duration of the word.
The notes in the lower stave can optionally be sung while playing. (I suggest rather the early fortissimo sections and later on around phrases 288 … 304 etc. which are softer sections. Still, the interpreter can decide to add the voice to the clarinet wherever he/she sees fit).
The lower stave and the foot pedal constitute a rudimentary speaking machine.The sequence of syntactic functions is fixed and tends to propose phrases making sense although the content is always different and unpredictable and in many cases concordances are slightly or heavily off and languages loses coherence.
While activating this sequence of words the clarinetist plays a corresponding fragment for each one of the words. Phrases and foot pedal strikes go together but the player decides the pace he/ she prefers.
Fragments are numbered, separated by breath marks for convenience (breathing is not required and in many cases fragments can be chained into one unique flow).
Fragments are grouped in repeated sequences, a letter between parenthesis refers to the source melodic material on the Melodic Chart.
Pace depends on the attempt ( and struggle ) the player faces in order to compose meaningful phrases along with a fluid musical sequences o the clarinet.