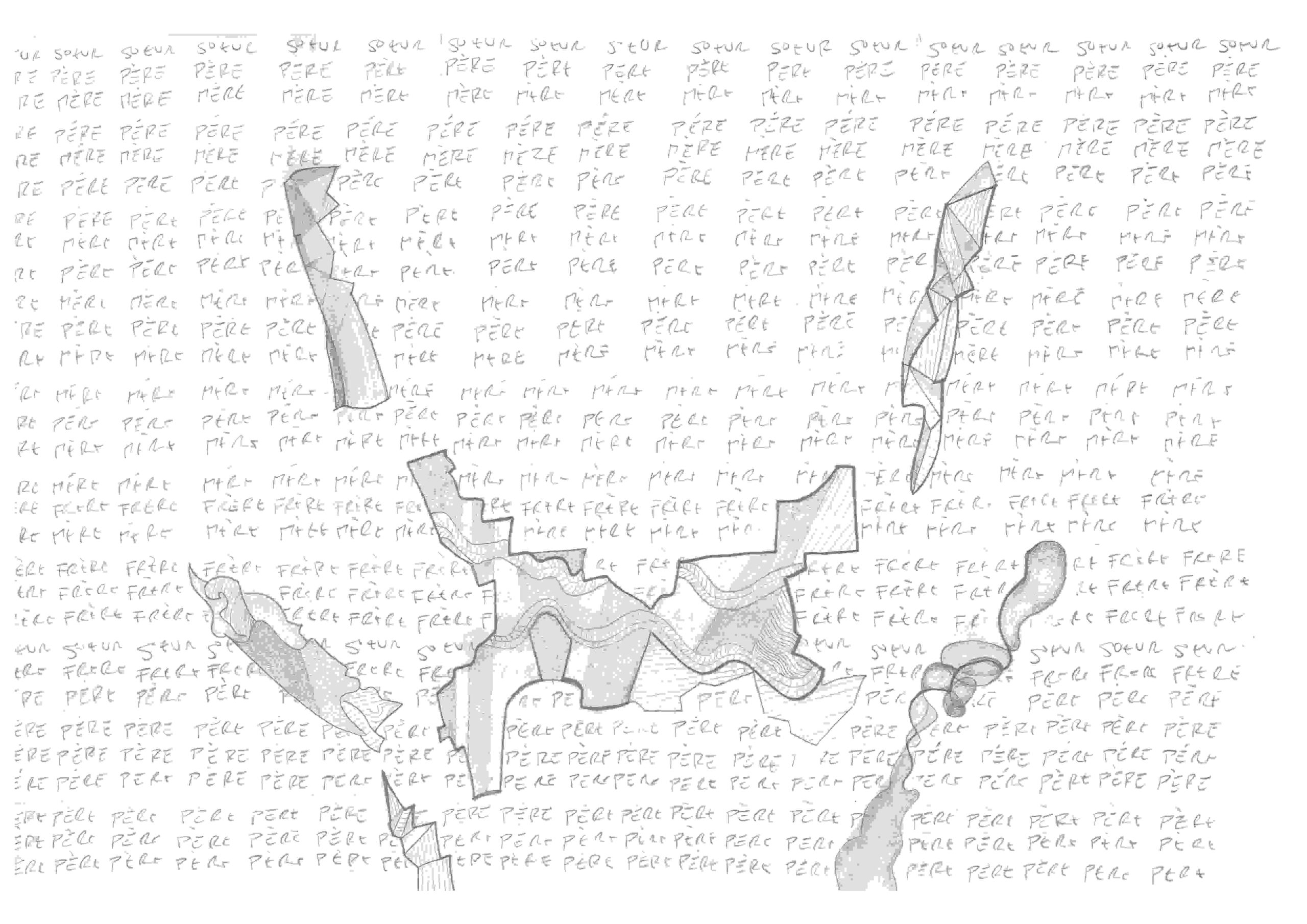 Trinitaire is a very visual musical piece drawing a family constellation in its simplest terms. The piece is based upon repetitions, permutations and the constant dance of generations.  Trinitaire is divided in two parts: the first is an homorhythmic choir, pulsating and fast where the simple permutations of a few words (mother, father, sister and brother) give place to a rapid sequence or flickering phonetic chords. Competing for the only three available places those four figures engage in a reckless dance of combinations. The first half of Trinitaire is written as a hand drawn graphic score from which all three performers read at the same time. At first the score looks like an endless repetition of pencil drawn graphemes which eventually gets infiltrated by a mysterious and parasitical shape.

The second half of the score switch abruptly to a completely different dynamic: the three voices sing minimal and smooth glissandos, reminiscent of pure electronic sine waves. Such lines – almost visible in space – are not notated but obey to a regulated system where the dynamic of encounters determines the drawing. The second half of trinitaire is transmitted through a text score which describes the rules along which such a system is regulated. Trinitaire is a simple and asymmetrical piece where several elements familiar of Bosetti’s music appear: repetition, speech and biography.