Thank You for Something 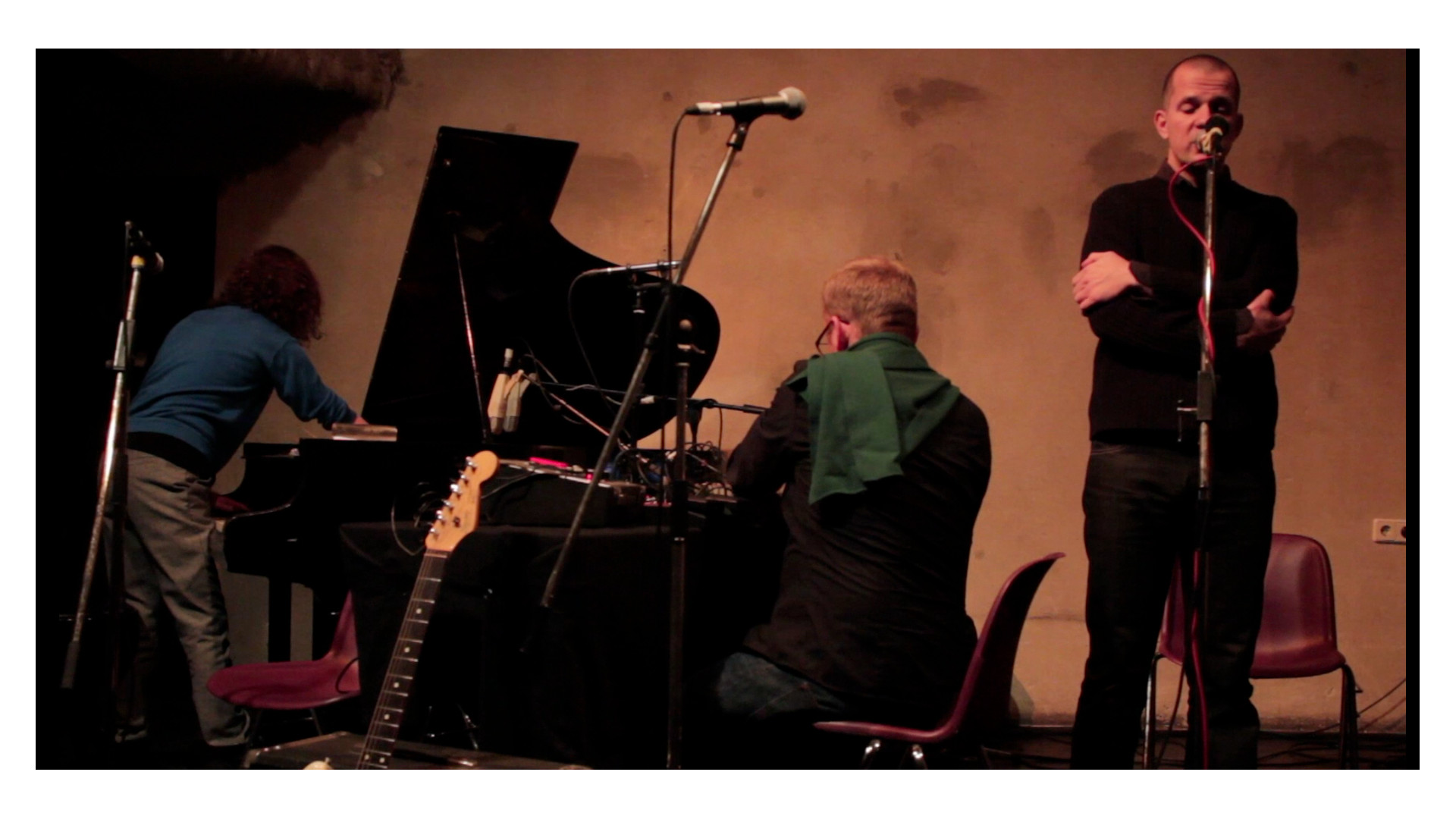 Indoor : Ausland, Berlin 2011 : A single speech melody, in between speaking and singing, is repeated for hundreds of time without interruption over five hours by a single performer. The performer sings along a pre recorded invariable melody over and and over and is not allowed to stop or variate. During this time the audience and guest musicians are invited to join by playing instruments that have been set up on the stage around the performer. The guests can play whatever they like, improvising for the amount of time they see fit coming and going at every time. They create a variable environment within which the performer has to carry on with his invariable task.

Outdoor, Amsterdam, 2011 :A single speech melody in between speaking and singing, the same used for the indoor version of “Thank you for something”, is repeated over and over by a single performer while he walks around the streets of Amsterdam, enters public spaces, stations an shops. The performer sings along a pre recorded invariable melody he can hear through an earplug while the people around him can’t figure out wether he is talking by himself or to somebody else and wether his discourse makes any sense. Once again the surrounding environment is variable and unpredictable while the performer is bound to carrying on with his invariable task.

A project supported by STEIM, Amsterdam and Ausland, Berlin. 2011.